A 365 day diary, told and lived in first person. The events, which are described and reported telegraphically, capture moments during the 21st century () , more or less important, more or less significant. The first person narrator is every time executioner and victim or spectator of the history, which looses its universal charachter achieving an individual dimension.

The diary’s original language is German, but there are several translated versions . The collection has been realized as a manuscript but the first time it has been exposed in an audio format in 2002, then in a book format in 2005 and finally in the wall version in 2006. Furthermore, in 2012 has been created the Iphone and Ipad application.

Daniela Comani was born in Bologna, she has lived in Berlin since 1989. Her collection focuses on symbols, social stereotypes and their representation in media.In 2011, she has exposed at the Biennale of Venice in the San Marino National Republic pavilion. Daniela Comani’s artworks are in the Mambo Museum in Bologna, the Seam Museum in Gerusalemn and the Kupferstichkabinett in Berlin.

Furthermore Comani’s collection “Accoppiamenti giudiziosi” is available until the 16th of November at the New Moroni gallery in Milan. 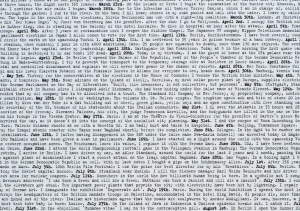 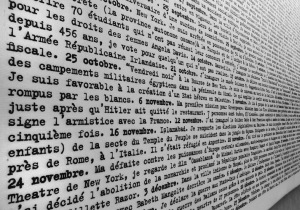 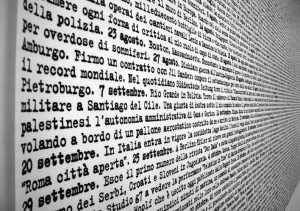 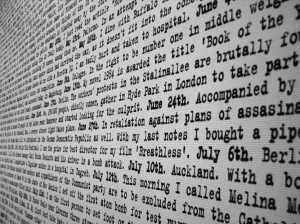 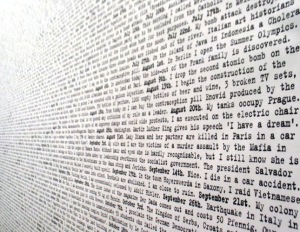 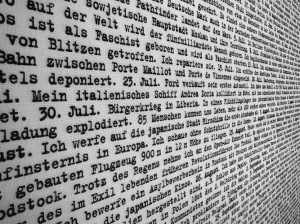 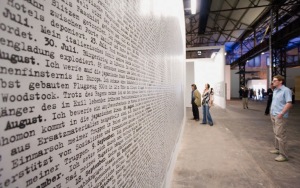 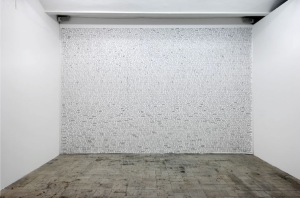 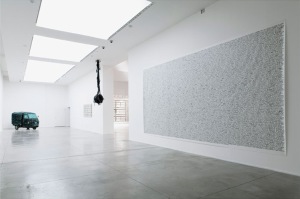 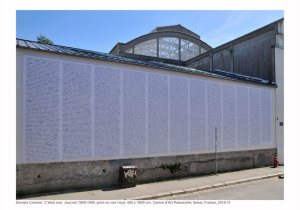 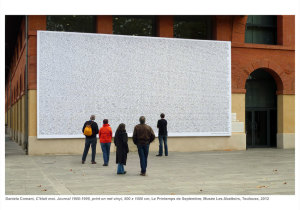 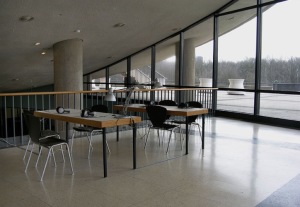